The following surnames arose during the late 19th and early 20th centuries for some of the early­ established families on mainland America and in the Hawaiian Islands (before its statehood). Some unusual surnames developed when part of the father’s Chinese name became the surname for his children, the second generation who were born of first generation immigrant parents. These surnames arose occurred at a time when the Chinese said the family name first when asked to state their names. Name experts call the surname that originated from a father’s name a “patronym” or “patronymic surname.” The Chinese in this country called it a “turned­-around name” because the last word of the father’s full name (actually the second syllable of his given name) usually became the children’s surname.

the names of laborers often consisted of the letters “Ah” followed by a single-­word given name. In southern Chinese name customs, it is popular to use the syllable “Ah” as a prefix to a one-­character given name when referring to oneself, when addressing a family member by kinship term, and when calling a friend by name in a familiar way.

All of the ways the Chinese used for stating their Chinese names formed the four types of patronyms that arose:

Many of the patronyms on this list can be found among 5th and later generations of descendants but others may no longer exist due to lack of progeny. Since certain Chinese words, such as Hoy and Wing, are often used for given names, it’s not surprising for unrelated families to have the same patronymic surname. Even though immigrant parents acquiesced to the new surnames for their children, they gave them Chinese names—written in Chinese — so that the actual family name would be known for posterity. The patronyms that begin with the the letter “A” or syllable “Ah” occurred mostly among the early Chinese families in the Hawaiian Islands rather than on mainland America—many more are listed in an island telephone directory.

While the ancestor’s surname is included in the third type of patronym, it is almost impossible to determine the exact surname character from the spelling alone. To paraphrase what the linguist Yuen Ren Chao observed (look up Aspects of Chinese Sociolinguistics), the spelling of Chinese words is one way, you cannot go from spelling back to the Chinese word.

These patronymic surnames add a colorful strand to the story of American names of Chinese origin, documenting what can happen when two diametrically opposed name traditions meet for the first time; before Chinese name traditions were understood by Americans in general and before the Chinese fully understood Euro-­American name customs.

The following patronyms were selected when the research material (such as books and gravestones) included either the surname character or the spelling of the actual family name. When one is missing, the abbreviation “unk’ (for ‘unknown’) appears within parenthesis. All surname characters are presented in the tradition form of writing because the simplified method devised in the People’s Republic of China did not exist. 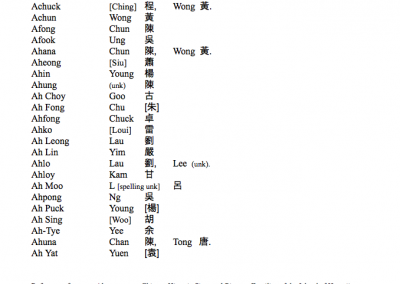 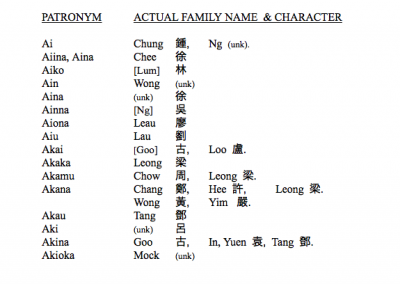 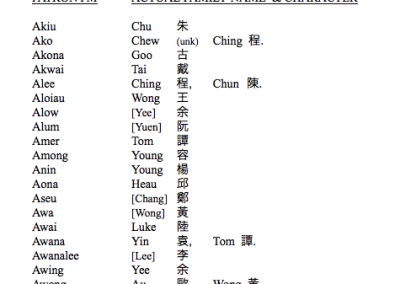 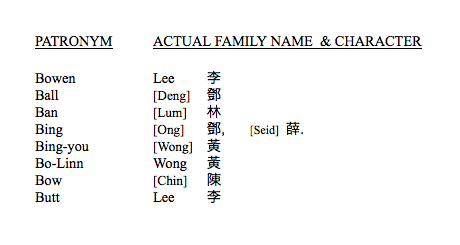 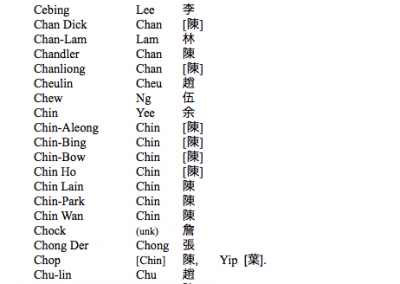 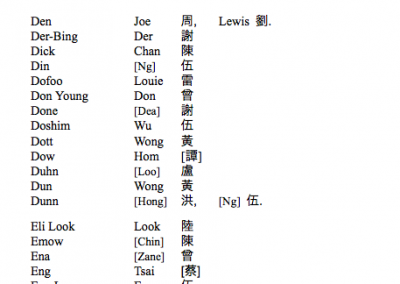 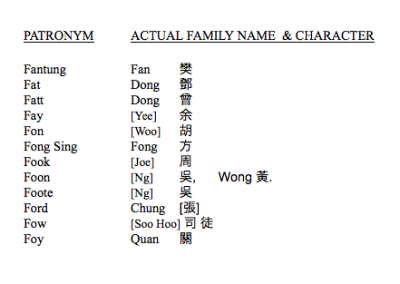 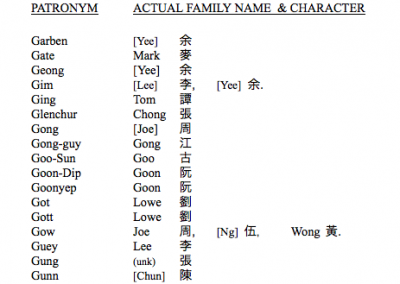 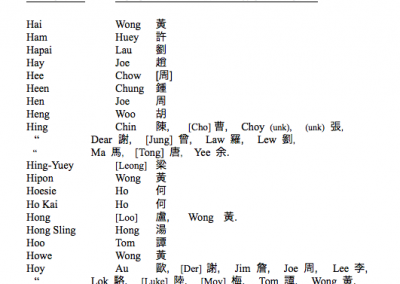 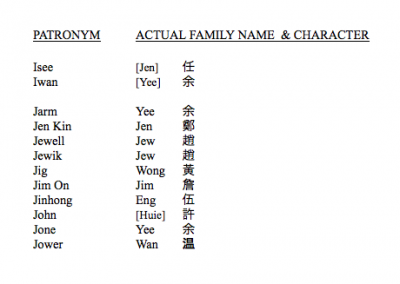 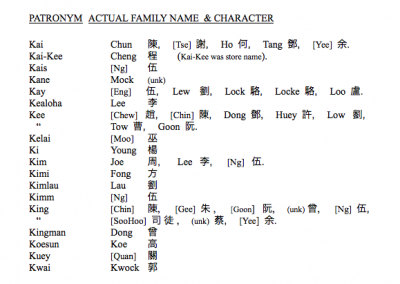 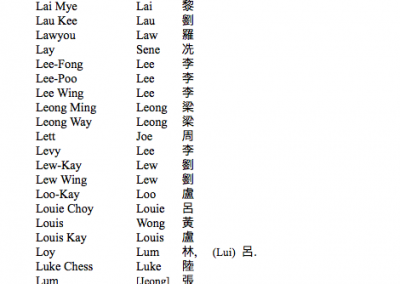 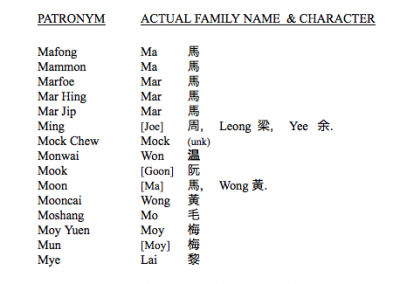 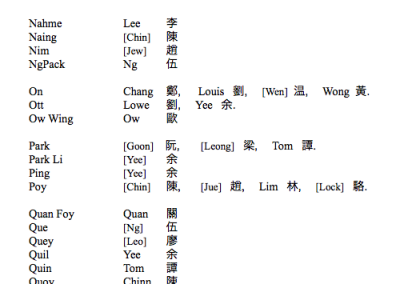 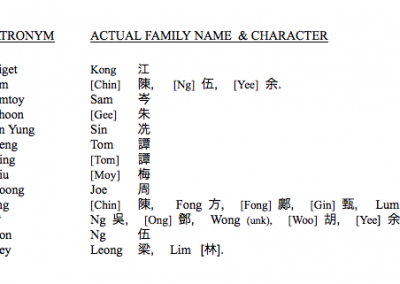 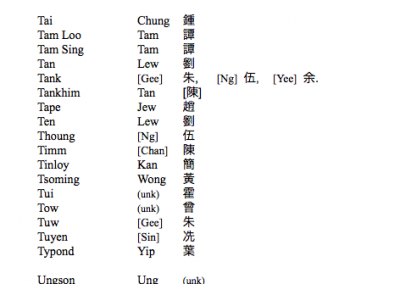 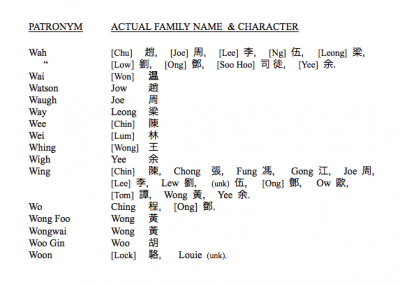