It is not unusual for a Chinese American to meet another Chinese American with the same surname only to discover they have different Chinese family names. This situation often occurs because the Chinese spoken language has a limited number of syllables and therefore an abundance of written characters of different meanings that have the same monosyllabic sound. In Chinese-­English dictionaries, written characters with the same sound will have the same spelling. But when the same sound is pronounced aloud for each written character, it would be in a specific tone or musical accent, which helps to identify its meaning. When two words of different meanings have the same intonation, the meaning for each would be understood when heard in context with other words.

All the regional speeches and local dialects have a set of specific tones that are used in the pronunciation of words. Tones vary in number for each regional speech: Mandarin has 4 tones; Cantonese, a much older language, has 8­ to 9 tones. In Chinese­-English dictionaries, the particular tone for pronouncing a written character may be indicated by a diacritic mark, such as a superscript number, or an accent mark, such as a bar or a curve mark over the spelling. But diacritic marks are not usually used in the Expand text

spelling of personal names in America. Nor would they be helpful because you would have to know all the special tone sounds for each diacritic mark.

The following list indicates the surname character is an integral part of a Chinese American surname. Once it is lost or forgotten, the correct written character usually cannot be determined by the spelling. It is also easy to mistake one written character for another when one doesn’t know how to read or write Chinese. For example, the surnames Chien 千 and Gan 干 look almost alike. The word 鐘 (meaning “clock” or “bell”), which is not a family name, has been mistaken for the common family name 鍾, which means “a wine container.” Even if one had a Chinese education, it is difficult to remember what a written character looks like if it hadn’t been written for a while. This is similar to forgetting how to spell a word in English if it hadn’t been used very often. Hopefully this list will remind the American who has a family name of Chinese origin to document the surname character for posterity because it is the actual family name and proof of its Chinese origin. 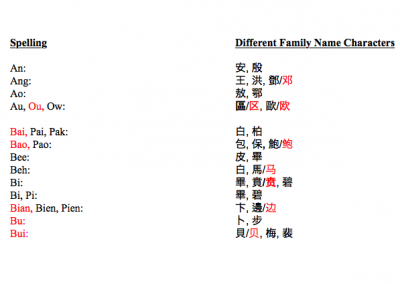 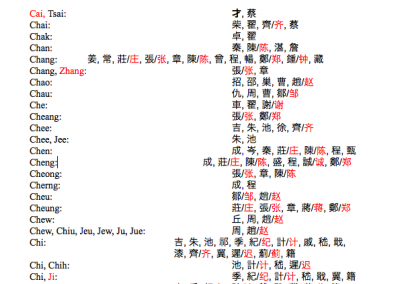 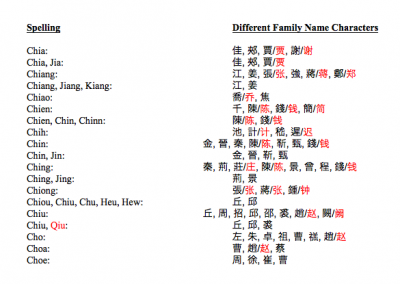 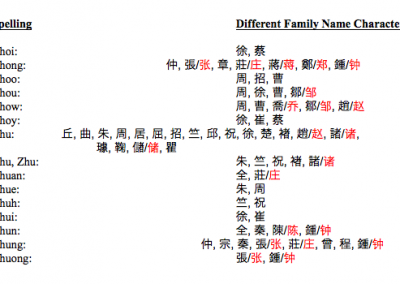 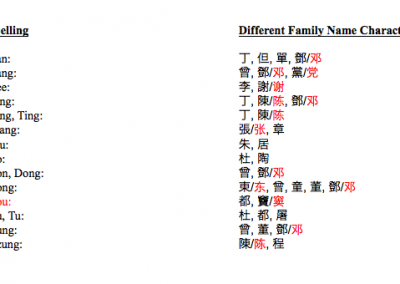 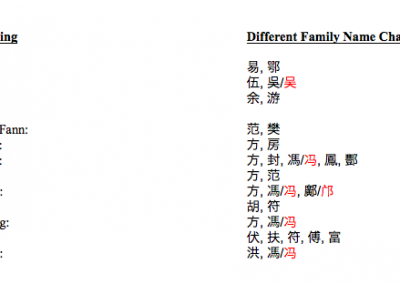 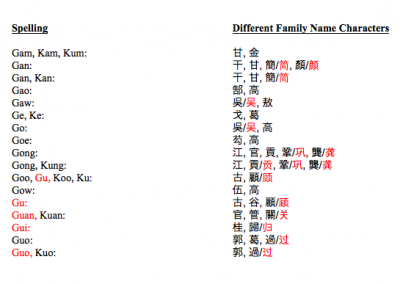 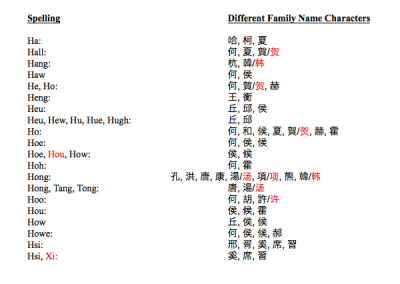 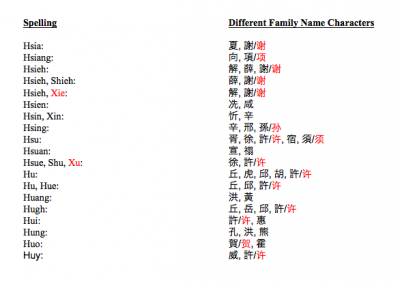 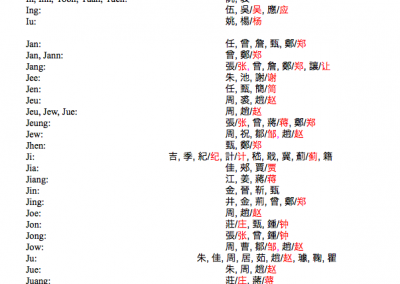 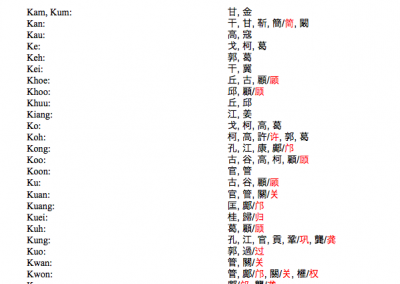 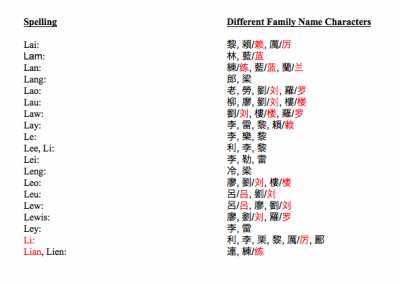 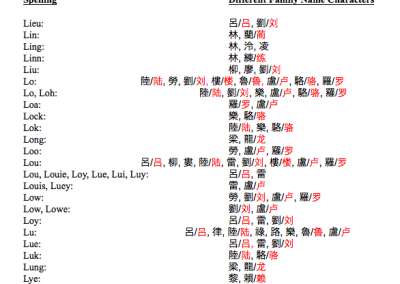 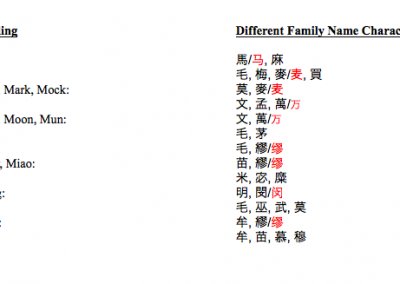 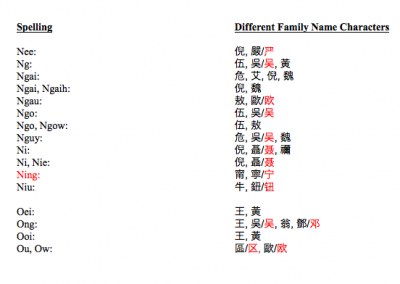 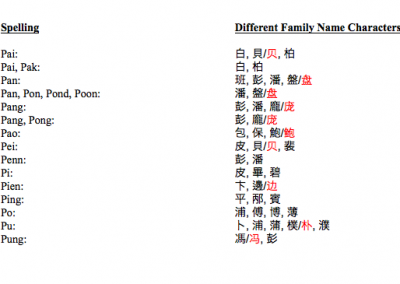 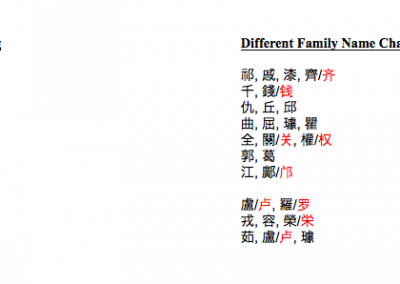 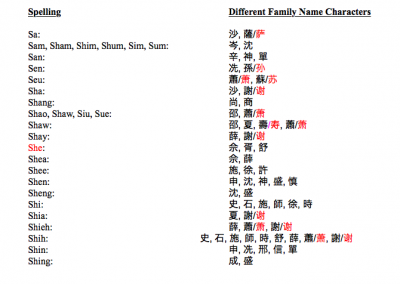 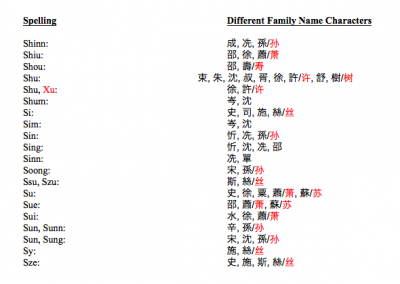 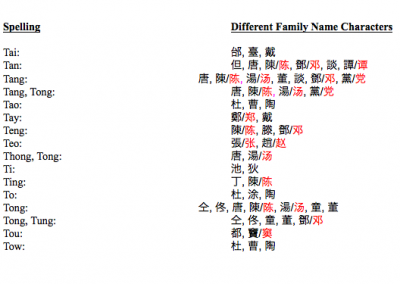 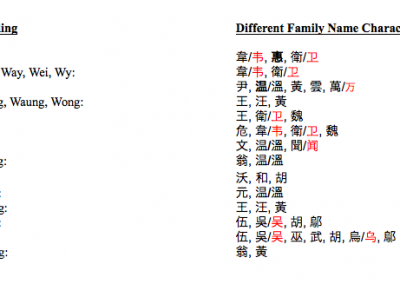 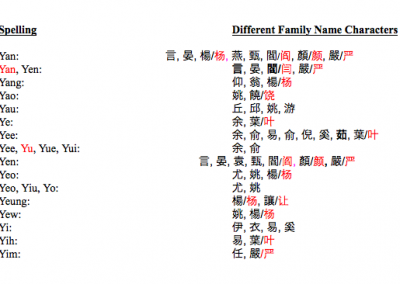 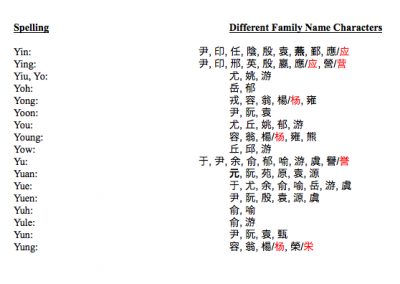